***Fan favorite! It’s quite simple really. Divide the class into teams. I usually split them down the middle, but you could team them up in many ways, really. At the front of the room have a “basket” aka table with a crate on it. Get a soft/squishy ball and mark two lines on the floor about 5 ft and 7 ft from the basket. 5ft = 1point and 7ft = 2points.  To keep score, draw up 10 “x” under each team name. Now, compile a list of questions that you want to ask them. This is both a listening and speaking game. Going from team to team, ask them a question from your list. If they get it right, they can then go up to either the 1 pt or 2 pt marked line and try to make a basket. If they score, take away that many “x” from the other team. In a sense, you are trying to knock one another out.

Post on the board, or say out loud a category of a vocabulary unit that you have previously studied in class. For example “comida, animales, en el supermercado.” Place the students in a circle and provide a ball or something that they can use to pass around the circle from student to student. Place one student volunteer in the middle of the circle. When you say go, the student must say 6 vocabulary words within the chosen category before the ball gets passed all the way around the circle.

Need one deck of cards and students in groups of 4-6 sitting in a circle. Deal out cards evenly amongst all players. Players keep their cards face down in a pile in front of them. Whoever starts, throws a card in the middle face up and that same player says “uno.” Going in a circle, the next players also throws a card in the middle pile face up and says “dos.” The third player repeats saying “tres” and you continue on so forth… The ‘game’ part is activated when a player throws a card in the middle and it matches the number the player says. (for example – they throw a 5 and it was the fifth round so the player had said “cinco.”) If this happens, all players must rush to be the first one to slap the pile in the middle with their hand. First to slap, wins all the cards in the middle. Then start the rotation again starting back at “uno.” If you run out of cards, you may slap yourself back in. The first player to get all of the cards wins.

Place 2-4 chairs at the front of the room and have students in 2-4 lines at the other end of the room. Play any random song on the computer, boom box, loud speaker, phone, etc… and if the student recognizes it – they must run to the front of the room, sit in a chair, and shout “yo sé, yo sé, yo sé la canción” – that student must them tell you the name and artist. “La canción se llama…. y el/la artista es…” . Team with the most correct guesses wins.

with the numbers 10 – 100 (in both number and print) posted on the board. Have students lined up all facing you read through their tens. They may either say 1, 2, or 3 numbers in a row and then must state “es todo” to mark their turn being over. The game part is that the number “100” is bad and if you say it, you are out. For example:

Post 2 truths and one lie at the front of the board. Have students guess your lie and walk them through each statement, clearly demonstrating how the game works. Once your example is complete, have students write their own examples and share with each other, then choose a couple great examples to be shared out loud with the class. Choose a reward/winning system that you prefer. 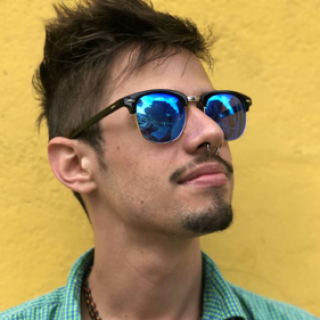 Inspire Learning. Teach smarter. Hope you enjoy my site and find some awesome resources to bring to life in your classroom. Sharing is caring! Cheers to you for doing what you do!